FBD Vanguard Construction, Inc. is a Northern California based General Contractor established in 1997. Starting out of a small office in Oakland, CA, Vanguard worked primarily as a subcontractor for some time on smaller projects consisting mostly of curb, gutter, ramp, and sidewalk construction. Most of these earlier projects consisted of hand-formed flatwork.

Presently based in Livermore, CA, FBD Vanguard Construction, Inc. employs around one hundred and fifty employees, working on projects in both the public and private sectors. A fleet with a large variety of equipment and machinery allows Vanguard to work on both small and larger projects, as well as perform emergency work with fast deployment.

Vanguard Construction is a United Contractors Member, received an award for Excellence in Partnering in 2014, as well as APWA Project of the Year in 2017. Specializations include JPCP, LCB, Rapid Set Concrete Pavement, Concrete Barriers, Continuously Reinforced Concrete Pavement, and Minor Concrete (Curb, Gutter, and Sidewalk). 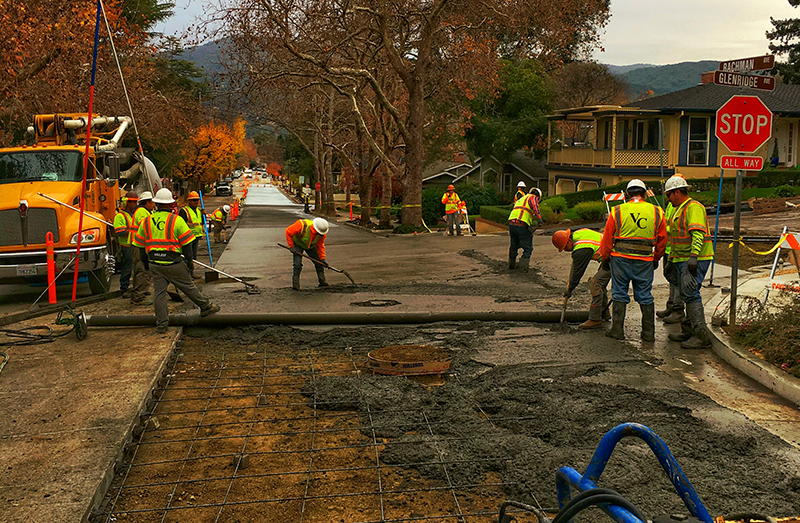